ArcheoEchi is a VR documentary that recreates the atmosphere of the ancient medieval cathedral of Montecorvino. Thanks to advanced immersive technologies, its graphic layout was reconstructed as well as its acoustics, allowing users to have multisensorial time travel. This makes ArcheoEchi one of the first virtual archeoacoustics projects ever implemented for the general audience.

In order to guarantee the highest level of scientific accuracy, ArcheoEchi has been supported by the Department of Humanities of the University of Foggia (IT) and the AudioLab of the University of York (UK). Our precious collaborators who worked on ArcheoEchi are Francesco Cardillo (acoustic engineer), Follorum medieval music ensemble, Marcello Strinati (actor), Valerio Quartullo and Aurora Meneo (3D modeling), Martina Scarcelli (text editor), Anna Maria d’Ecclesia (narrating voice), Andrea Belardinelli (360 videos), Clab Studio (recording facilities).

ArcheoEchi has been published as a paper AES E-Library » ArcheoEchi — a virtual reconstruction of a medieval cathedral in Southern Italy at the 149th conference of the Audio Engineering Society. 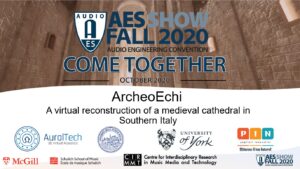 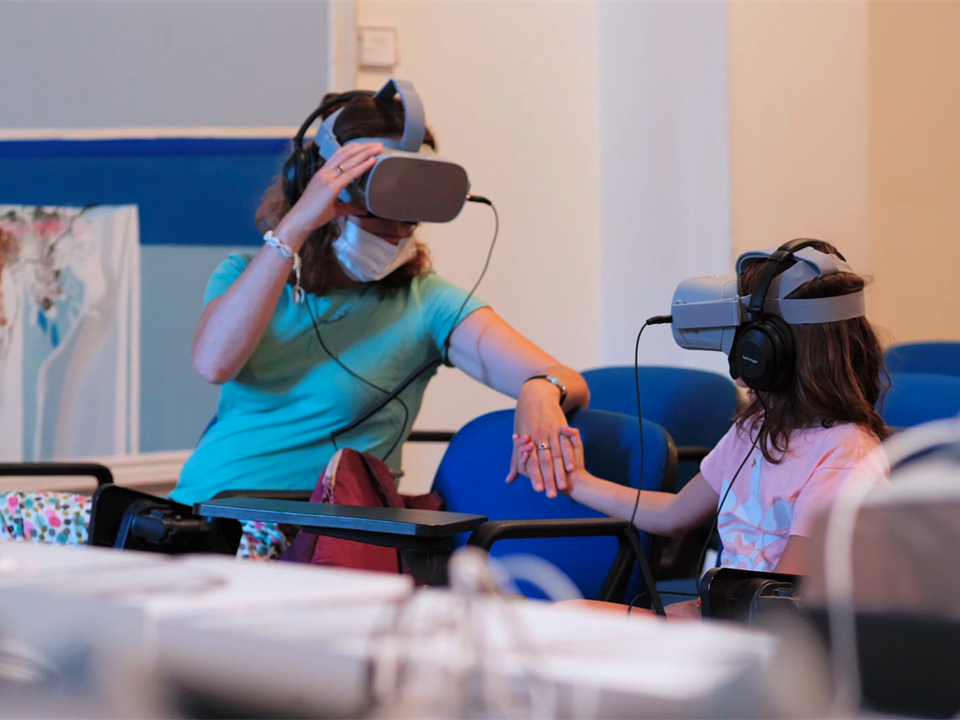 This site uses cookies to improve users' browsing experience and to collect information on the use of the site.
RejectRead moreSet CookiesAccept all
Manage consent

This site uses cookies to improve your experience while browsing the site. Out of these, the cookies that are classified as necessary are stored on your browser as they are essential for the working of basic functionalities of the website. We also use third-party cookies that help us analyze and understand how you use this website. These cookies will only be stored in your browser with your consent. You also have the option to deactivate these cookies. However, disabling some of these cookies may affect your browsing experience.
SAVE & ACCEPT
Powered by